A Passion for Bread

“Our desire is to enrich lives by offering truly delicious breads.” Since the founding of our business, the Andersen Group has followed a path of culinary ingenuity and lifestyle proposals to realize this aspiration.

The first step to accomplishing this aspiration was the company’s adoption of a milling sieve at an early stage in its existence. Our customers were very pleased when we offered white and savory bread by taking the time and effort to remove the exodermis and impurities from the flour during the sifting process. Our founder Shunsuke Takaki was convinced that “what is needed even during this post-war era of food shortages is still really delicious food.” 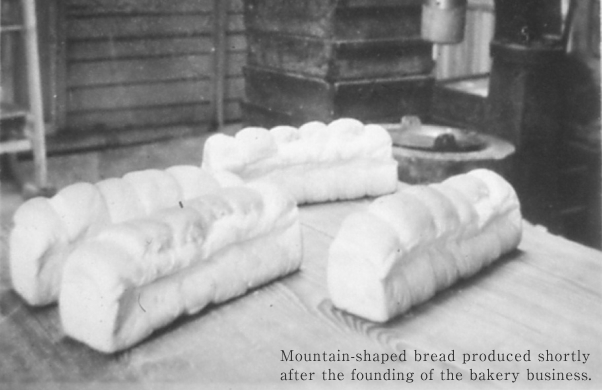 Takaki visited the United States and Europe for the first time in 1959 to further his inquiries into the business and culture of making bread. During this time he learned that the distinctive breads of each country were baked through cogent methods that made use of locally grown grains adapted to the local climate and natural environment and had extensive histories in the lives of the local people. He believed it was necessary to impart an awareness of this background in order for a rich culinary bread culture to take root in Japan. For many years thereafter, he endeavored to introduce the breads of Europe in conjunction with the lifestyles, customs, and cultures of their countries of origin.

Furthermore, since founding the business, he talked about his ambitious dreams of “delivering freshly baked bread to customers nationwide,” and of “changing the market through the freezing of bread.” He undertook numerous trials and efforts to achieve his goals. The technology for freezing bread dough developed over the course of approximately ten years, and the bake-off system for baking frozen dough into full-fledged bread led to the development and expansion of the “Little Mermaid” bakeries. Thus the Andersen Group succeeded in spreading the aroma and taste of freshly baked bread from town to town across the nation.

First and foremost, the Andersen Group has earnestly faced any and all issues with regard to bread production. Not only do we ardently pursue the delicate taste of savory bread, we also seek to employ wide-ranging authentic manufacturing methods that reflect the history and cultural depth of breads of European origin.

In 2002, at the time of the third renewal of Hiroshima Andersen, the flagship store of the Andersen Group, the “Ishigama, stone oven” was introduced with the idea of returning to the roots of our bakery business again and pursuing what we can and must do as bakers. The stone oven stands at the heart of European bread making. One cannot forsake the time and effort required to make bread of the finest quality, and besides the exquisite taste of bread baked from the kiln is breathtakingly impressive. Consequently, bread baked in stone ovens convinced us that the potential for creating a variety of savory breads was largely unlimited and would continue grow. 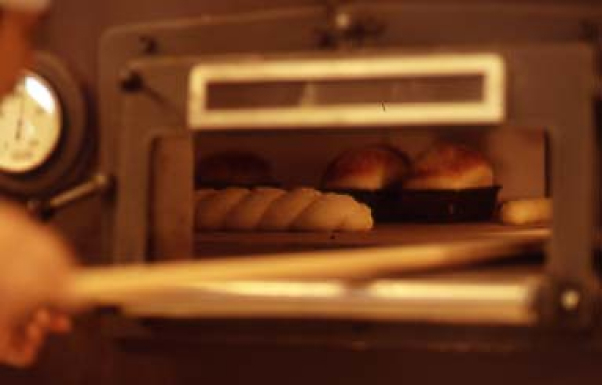 Now and always, the Andersen Group assiduously strives to become the highest quality bakery in the world. Not only is our goal simply to become a truly invaluable bakery that offers excellent quality, but we also seek to offer products that fulfill and enrich the lives of our customers through bread.